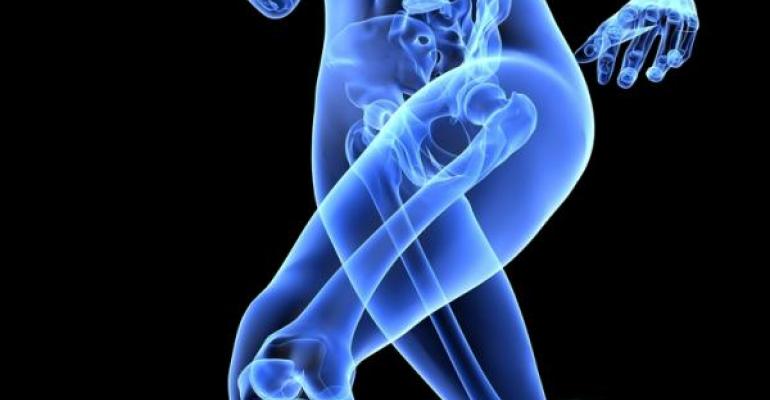 One of the conditions your orthopedic surgeons encounter frequently at The Medical Group of South Florida in Jupiter, Florida, is osteoporosis. The National Institutes of Health (NIH) says that 53 million Americans either have been diagnosed with osteoporosis or are at risk of developing it.

Osteoporosis is a bone disease in which the body loses too much bone, makes too little bone, or both, causing bones to become weak and brittle, and therefore more easily broken. The Centers for Disease Control and Prevention (CDC) reports that more than 300,000 Americans ages 65 and older are hospitalized each year for hip fractures. More than half of those never fully recover from the break; many die as a direct result of the fracture.

Interestingly, although osteoporosis is often thought of as a disease specific to older white women, men and women of all ages and races can contract it. Not only is it often referred to as a “silent disease” without any noticeable symptoms, sometimes you can even break one or more bones in the spine without any accompanying pain. The only clue in such cases will be a loss of height.

Many people think of bones as something hard and brittle. Actually, they are porous, living tissue that can be influenced and strengthened by a good diet, the right kind of exercise, and a healthy lifestyle. Throughout your life, old bone is replaced by new bone, which will be much more resilient if you adopt healthy habits as early as possible, according to the National Osteoporosis Foundation (NOF), though it’s never too late to start building bone strength.

Like muscles, bone tissue responds to exercise by becoming stronger. The NIH says that young women and men who exercise regularly achieve greater peak bone mass (maximum bone density and strength) than those who do not. For most people, bone mass peaks in their 30s, then begins to decline.

The NOF recommends two types of exercises for building and maintaining bone density: weight-bearing and muscle-strengthening.

Weight-bearing exercises include activities that cause you to move against gravity while remaining upright. These can be either high-impact or low-impact movements.

Examples of high-impact weight-bearing exercises include:

The NOF says that low-impact weight-bearing exercises can also help keep bones strong, and are a safe alternative if for some reason you can’t perform high-impact exercises.

Such low-impact alternatives include:

Muscle-strengthening exercises, in which you move your body, a weight, or some other resistance to gravity, are also known as resistance exercises, and include:

In fact, resistance exercises may provide the most benefit for building healthy bones. A recent article in Time magazine explored the benefits of resistance training for strengthening bones. Brad Schoenfeld, an assistant professor of exercise at New York City’s Lehman College, has published more than 30 academic papers on every aspect of resistance training. He told Time that the “load” weight training puts on bones and supporting muscles, tendons, and ligaments is key to maintaining good bone tissue.

Echoing warnings about bone “resportion,” or a decrease in bone tissue as you age, he said that bone tissue loss accelerates later in life. This process is especially prevalent among people who are sedentary and women of menopausal age. Through a process known as bone remodeling, strength training stimulates the development of bone cells that build bones back up.

The information provided on this website is for general, educational purposes only and is not intended as, nor should it be relied upon as, medical advice for use by any specific patient for a particular condition. Individuals with a particular medical condition are encouraged to seek the advice of a competent medical professional who can fully address their specific, unique needs.
© 2017-2021 Southwest Anesthesia & Pain Management. All Rights Reserved.
Privacy Policy | Terms & Conditions